An exciting time of year 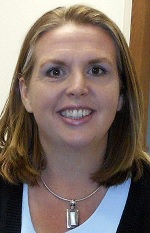 I looked at the gentleman standing in front of me and said, “So, how’s your day?”

He responded with a deep sigh, “You just don’t want to know.” I prodded, “It’s OK, I don’t mind sad stories.” Naturally, he asked what I did for a living.

And then he responded, “I bet in that line of work that’s all you hear. Sad stories all day long.”

That would be Perception No. 1 of our conversation. 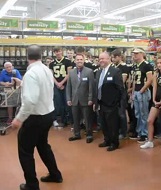 Traditional gifts for 10th anniversary celebrations are normally made of tin or aluminum. Given that the Dillons grocery store in north Newton has plenty of the latter, it instead made its celebration about the community, making some major renovations and upgrades throughout the year.

Officially, the store's 10th anniversary happened in January of 2016, but the multimillion dollar renovations got under way in April and were nearly complete in July (a two-and-a-half month process). Store manager Ryan Barker noted they were still working up until last Wednesday's grand re-opening (shifting the layout of the produce section) and some finishing touches remain, but he felt this was a good way to celebrate the occasion as the store at 1216 N. Main St. had only gone through some minor cosmetic changes previously.

A play pen behind the register

“I kept Crissy with me every day for the first four years of her life,” Anita said as we chatted recently at the counter of the local hardware store.

Anita was our next-door neighbor in my early years. Crissy, was her oldest daughter and my very first best friend.

Crissy and I spent long hot summer days making mud pies in the yard and pretending to be Charlie’s Angels with our friend, Shannon, from across the street.